10 Shots with Tequila to Impress Your Friends

Ten out of ten! That’s what we give these ten tequila shooters recipes. Ask anyone and they’ll regale you with legendary stories about at least one of them! So, add some dynamite in small packages to your evening, and you and your friends are in for a blast!

What Are the Best Shots with Tequila?

First though, what is a tequila shooter? Shooters are drinks that mix the basic shot of a tequila (an ounce or so) with another beverage, and have weird names like Mexican Prairie Fire. Tequila shooters are thus different from tequila shots, which are just shots of straight up tequila. Here are a few of our selection of best tequila shots.

This is what Mexicans drink. While they drink Sangrita as a side (and not salt, tequila, lime), there’s also an American version, which is even better! Create the all-in-one version with Olmeca tequila, orange juice, a grenadine base, and a dash or two of hot sauce. That’ll heat up any party!

This baby is inspired by the Sangrita, but the El Vocho (which, incidentally, is Mexican slang for the VW Beetle), takes a different route. Blend pineapple, cilantro, and mint and you’ll get a drink that looks like a fresh kale smoothie (but without any NY hipsters). Add jalapeño, a tequila shot, and get ready to roll!

Tequila, surprisingly, does have a soft and caring side, and when it meets lychee juice, the eyes of this resulting nectar go all doughy. This romantic relationship is so good, it’s awfully hard to end it.

Now, although a Mexican Samurai conjures up aggressive warriors, this is another seductive shooter. Making it is easy. Mix your favourite tequila (Olmeca of course) with the electric green fruit liqueur, Ty Ku. Strain it, shoot it, and happily ever after!

Buddies fading on you? Everyone needs a kick-me-up? You’ll get one with this mixture of coffee and tequila. Mix cold espresso, coffee liqueur, and tequila. That’s a double caffeinated, tequila-soaked shooter that’ll recharge everyone’s batteries. 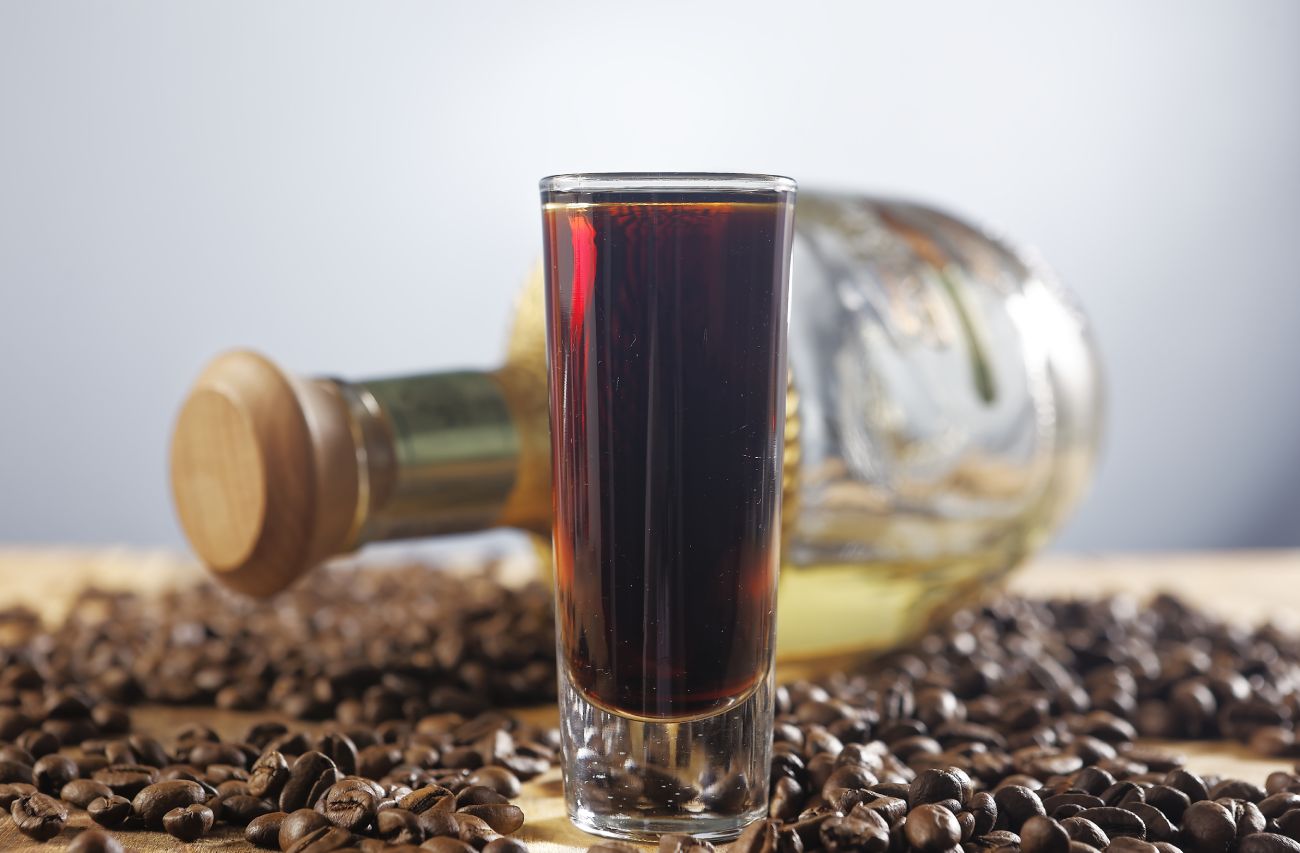 What is with these shooters, that they all have such apocalyptic names? This one, obviously taking its name from the famous movie, is a mix of tequila, dry vermouth, and Irish cream. Go big, go bold, go brave, and give this blend a go.

Yet another heavy hitter! Prepare to get messy while drinking this shooter. There’s not much to it really, just tequila and ginger ale. But the fun comes when you drink it. Slam it onto the (wooden) bar counter, and this shooter is all a’fizzing! Keep a towel handy.

Set the prairie on fire with this arsonist of a shooter! Mix Tabasco with your tequila, down it, and watch the world go up in flames! It’s a great way to give your tequila a spicy kick. Just don’t overdo the hot sauce!

Finally, a shooter that sounds, well, almost healthy! Bring out your younger side with these bright green, sweet lime-flavoured party tricks. Combine triple sec, tequila, gelatine, and lime, let the mixture set in the fridge, and off you go.

Get patriotic (if you’re Mexican) or well-travelled (if you’re not) and layer the booze for the shooter that looks like a Mexican flag. Layer grenadine, tequila, and crème de menthe, and prepare to taste the taste of Mexico.

There’s little more beautiful than a glorious sunrise. And the tequila sunrise shooter is no different. Tequila, orange juice, and grenadine combine to make a shooter you could drink till sunup. Oh, and try the Spicy Tequila Sunrise too!

What You Need to Know After Drinking Tequila Shooters

Drinking Tequila shooters all night? Chances are, you had a great evening! But, also, chances are you’re feeling a little hungover! Let’s look at a few common hangover cures. The five most useful ones are:

You could also, according to Irish folklore, bury yourself up to the neck in moist river sand. But, hey, that’s the Irish for you.

It’s a no-brainer really. Olmeca! But you still have two options: Olmeca Silver and Olmeca Gold.

Olmeca Silver gives a naturally sweet freshness to make any cool moment even cooler. While Olmeca Gold is especially blended to make every party golden. Get your shooter on!