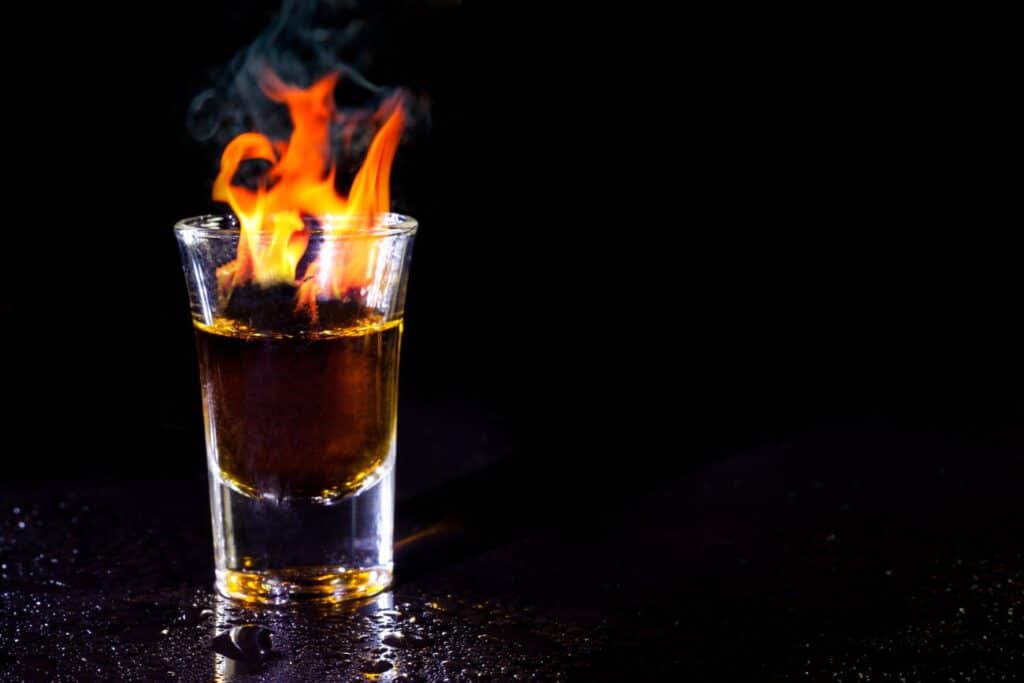 Two Flaming Shots that Will Set the Party on Fire!

First off, know that not all shots are created equal. Some go down easy peasy, while others can burn the house down. We’ll be talking about the latter here, so keep a fireman handy!

The origin of tequila shots is hazy. Some say the drink originated in the 1970s at a bar where patrons were forced to drink flaming shots as punishment for losing bets. It has even been suggested that people drank flaming tequilas when the lights went out. Cue load shedding jokes, South Africa!

Surprisingly though, there are functional reasons to set a cocktail on fire. It helps burn off some of the high-proof alcohol, and it caramelizes sugars. So, you’re left with a palatable drink with smoky hints and nuanced vanilla. But, of course, the main reason to set a drink on fire is that it looks cool!

Safety Directions Before Flaming a Shot

People have always been drawn to fire, from cavemen to cowboys. Even more so when you add booze to the mix! But you don’t want to go from the bar to the burns ward, so pay attention to these safety tips!

How to Make Flaming Shots

So, yes, consider yourself warned. Flaming shots can be dangerous. But, you say, to flaming hell with it, and decide to make them anyway.

Here’s what you will need:

Once you have all the ingredients ready: 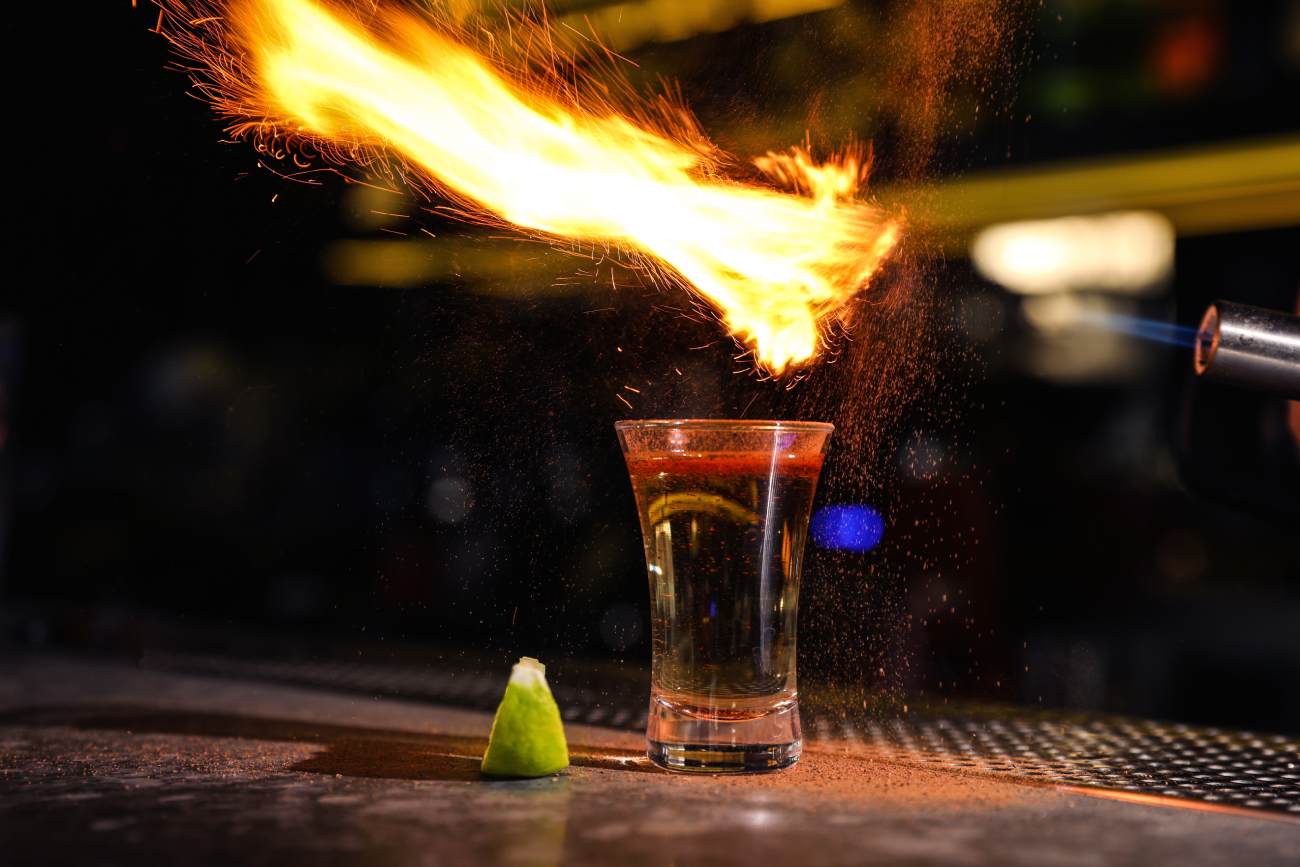 The Best Flaming Shots with Tequila

Tequila has set the world on fire since the very first Mexican drank it. So, it’s no wonder that tequila goes so well aflame, and why you should be lining up to try it.

A roaring fire. What goes better at a great party than a welcoming fireplace? A Flaming Tequila Shot, of course! Gather round and we’ll share the best (and safest) way to add some fuel to your party.

So here’s how you do it.

Here’s a recipe that’ll have you saying “Goodnight, Daddy!” after a few of them! The Flaming Lime Drop Shot is however a sophisticated way to enjoy your favourite tipple.

There’s only one choice for a tequila that’ll truly set your world on fire and that’s, of course, Olmeca Silver, made in the Los Altos highlands of Jalisco, in Mexico. So get lighting those shots, and fire up your party!